5G Beyond the Hype?

5G, You’ve probably read about it 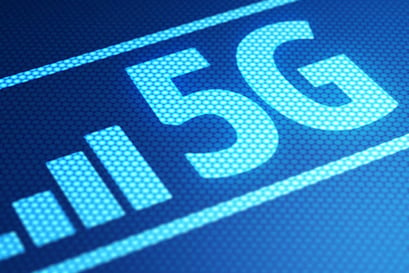 5G is being talked about an awful lot right now. We’ve known it’s been coming a long time, ever since cellular data services landed, but now it would appear the dawn has arrived. The fifth generation of mobile cellular services promises data speeds of up to 1GB, as well as lower latency and greater capacity. This means that 5G is not only going to speed up video streaming and gaming for your average consumer, it is also purported that it is going to propel forward the development, adoption and performance of ‘tomorrow’s world’ technologies like driver less cars, smart cities, next-gen medicare and a host of exciting IoT applications. Sprint CEO, Marcelo Claure, recently said that “going from 4G to 5G is like going from black and white to colour TV”.

The big mobile telco’s and mobile operators all want to be the first to launch. Much noise is being made about trials, developments, investments and spectrum auctions. It’s all very competitive and a little frantic. In Australia, there is a public spat between Sprint and Optus, with the latter rubbishing the former ’s claims their Beamforming technology means they already do 5G. But it’s not just the operators clamouring, squabbling and fighting like a large populace responding to a winning lottery ticket flung into a whirling wind, even Donald Trump is on the act. His government has just banned Chinese network vendors from the US market, they say it’s because of ‘spying’, most think it’s a desperate effort to ensure US vendors aren’t compromised by strong competition in the 5G race. Sprint and T-Mobile are also using the 5G card to push through a merger in the face sceptical regulation, they say “Neither company standing alone can create a nationwide 5G network with the breadth and depth required to fuel the next wave of mobile Internet innovation in the U.S. and answer competitive challenges from abroad,”

5G seems awfully important then? When will the UK have it? 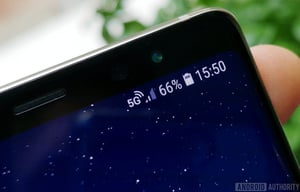 UK consumers should be able to buy a 5G handset within 6 months, but you’ll only be able to use 5G where there is coverage and that won’t be anywhere in the UK till 2020 earliest, and it won’t be everywhere for another 5-10 years. The UK is currently ranked 54th in mobile world data speeds, this owes to significant infrastructure challenges, (in things like power supplies and high capacity fibre optic backhaul), particularly in rural areas, which require increased investment and collaboration across government, regulators and operators to solve. 5G doesn’t solve this complex puzzle, if anything it adds more pieces to the challenge, as we still need to equip ourselves with the foundations, before layering over the top further investments. In fact, because 5G operates using small cell technology, which uses higher frequencies to carry data faster, but not as far, operators will need to build significantly more base stations to make it a reality.

Phillip Hammond wants the UK to lead the race in 5G and has committed £70 million to the cause, however, the majority of the funding will need come from the operators. Given that the major players are currently seeing profits squeezed by the erosion of traditional revenue models represents a challenge.

Will the UK be missing out then? 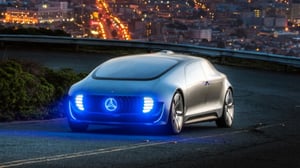 That depends who you talk to. For every person who thinks 5G is going to change the world, there are others who feel that’s it’s material impact, particularly in the short to medium term, has been grossly inflated amidst a marketing frenzy. Those subscribing to the latter persuasion point towards the fact that many of the technologies cited as benefiting the most from the technology, i.e driver less cars, IoT, AI etc are also limited by many other factors aside from data speeds. Olivier Pauzet of Sierra Wireless states that “Data orchestration -- not higher network speeds -- is what is really needed to better process data on these edge devices, extract data from these devices, integrated this data with other data sources in the cloud, and update security and other software on these devices." Looking specifically at driver less cars it’s clear that the safety implications associated with losing the wireless networks responsible for communicating to and between vehicles, however, network reliability, not speed is the key factor. As discussed above 5G won’t solve cellular coverage problems either in the UK or indeed in other countries without existing robust cellular and fibre infrastructures.

Speaking at 5G World in London recently, Vodafone CTO, Scott Petty, actually took a pop at all the hype around the subject. Warning that the hyperbole could create ‘trough of disillusionment’, Perry stated that it’s creating “opportunities for confusion. If you think about the headline-grabbing taglines that marketers and heads of state like to use, 5G is about high speeds, it’s all about low latency and it’s about massive IoT deployment. All of those are possible with 4G and 4G Evolution.”

Not so fast, it will almost certainly become the standard bearer for cellular connectivity over the next 10 years. 5G will deliver huge strides in improving both speed and capacity (crucial for connecting multiple devices in one location), as well as meeting low energy consummation needs (particularly useful in congested public areas). Verizon is already talking about building a 5G home broadband product at a low price point, which if others follow suit could bring greater improvements in speed and cost to the home broadband and cable market. Whilst its impact for the average consumer or business might be modest to begin with, once widely available and supported it will be critical to ensuring connectivity keeps up to speed as ‘next generation’ technologies mature and reach potential. The operators will be challenged with how to capitalise and then monetise the service; most consumers are resistant to price hikes irrespective of how fast their service becomes, whilst current businesses consuming large data bundles already complain of paying high rates (in comparison to fixed broadband). However one of the inherent advantages of 5G is the ability for the network to be ‘sliced’ and then tailored for specific uses, operators could then charge premiums for OTT services such as VR, Ultra HD, edge computing capability, or as in the case of Verizon compete in the fixed line market.

Whilst much of the discussion on 5G right now is headline-grabbing rhetoric, it’s important that the Government and the regulators are embracing its importance. The UK does require significant improvements in cellular and fixed-line connectivity services, reliable 4G availability countrywide would be a good starting point, but if the hype around 5G can motivate us to make progress then that’s positive, so long as it doesn’t divert attention to the wrong places. No doubt that there will be hubristic projects to launch 5G in our major cities, places already well served by existing services. This will be justified as busy places drive the widest adoption, and high profile projects will help garner more investment, but we need to ensure that this doesn’t lead to asymmetrical roll out’s; with poorly served areas continuing to be poorly served whilst others improve (on that note it’s extremely positive the Government is earmarking rural areas for some of the first 5G trails).

Ok, so it will be a while, but when it comes can I buy it from FluidOne?

Of course, FluidOne is already in discussions with our carriers on what commercial offerings could look like and will be providing it through all the available carriers.