The Security Risks of Smart Speakers

The rise of smart speakers

IoT’s popularity is thanks to how easy it is to manage day-to-day tasks or make your home more automated if all your devices can connect to each other and share data. For example, when your alarm goes off in the morning, you can program your lights to come on at that exact time or your coffee machine to start brewing, and you can even program your heating to turn on when you're a certain distance away from home. The possibilities are nearly limitless, although this enormous advancement in technology understandably comes with increased concerns about personal data privacy and cyber security.

Let's talk about smart speakers. The main players are Amazon Echo, Google Home, and Apple HomePod, but there will undoubtedly be even more in the near future. A smart speaker is simply a speaker that’s connected to the internet and has a built-in voice assistant system such as Alexa, Google, Cortana, Siri, or Bixby. 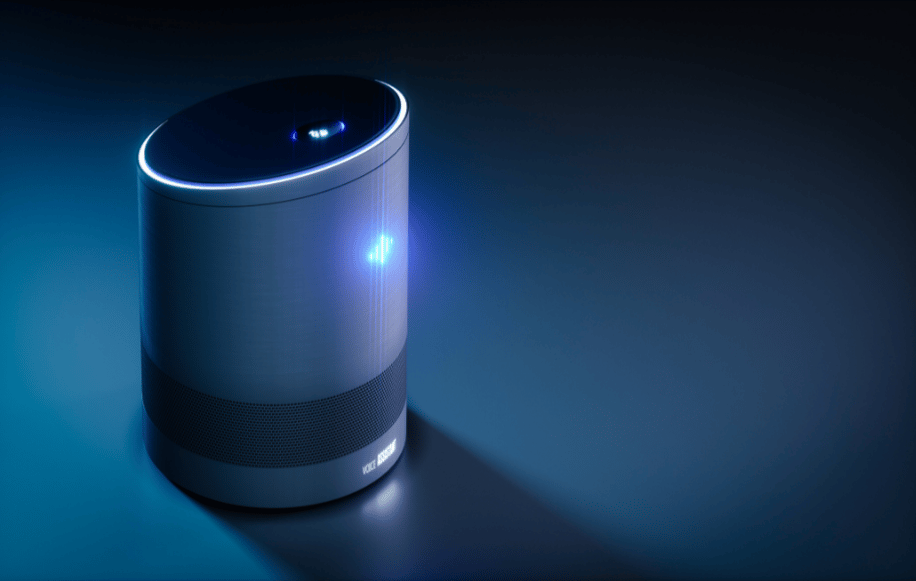 What are they listening to?

In 2019, Amazon employees who transcribe and analyse Alexa recordings reported hearing recordings that were intimate and private, as well as some that raised suspicions of criminal activity. In the same year, some of Google's recordings, including secret and private information such as medical and commercial information, were released. According to reports, 153 of these leaked recordings were made without a wake up instruction, such as “Hey Google,” ever being said. Following the Google leak, an Apple employee also reported hearing recordings of personal information, sexual acts, and drug dealings.

Turning off active listening is the simplest approach to preserve your privacy, but you'll have to turn it back on again if you want to use voice commands. If you don’t want your smart speaker constantly listening to you, or if you just want to have a private conversation without Alexa or Siri eavesdropping, this might be your only option. Here’s how to do it, according to our cyber security partners over at Cyber Security Associates:

To disable active listening on your smart speaker, press the microphone mute button, which is normally located on top of the device and looks like a microphone with a line through it. Once pressed, the light should turn red and the device is no longer listening to voice commands. You can also prevent Amazon from manually reviewing recordings by: opening the Alexa app, looking for the menu located in the top left corner of the screen, selecting the ‘Settings’ option, selecting ‘Alexa privacy’, selecting ‘Manage how your data improves Alexa’, switching off the toggle next to ‘Help improve Amazon services and develop new features’, and then switching off the toggle next to ‘Use messages to improve transcriptions.’

To disable active listening on your smart speaker, press the microphone mute button, which is either located at the back or on the side of the device, depending on which model you own. You can also prevent any of your recordings from being saved on the Google server by: opening the Google Home app, selecting the ‘Accounts’ tab, selecting ‘Manage your Google account’, selecting ‘Manage your data & personalisation’, selecting ‘Voice and audio activity, and switching the toggle to off.

This smart speaker doesn’t have a physical button to mute the microphone, but Apple says you can turn off active listening by using the voice command, “Hey Siri, stop listening.” The smart speaker will then be unresponsive to any voice commands except for the one to resume active listening, which is “Hey Siri, start listening.” You can also disable active listening through Apple’s Home app. Open the app, select the ‘Rooms’ tab at the bottom of the screen, swipe to the room that contains your HomePod, press and hold the HomePod icon, and then toggle the switch for ‘Listen for Hey Siri’ to off.

Smart speakers have come a long way since the first one was released, getting better at simplifying everyday life and granting us more and more access to all the information you could ever need on the internet. It’s no surprise they’ve become so popular! The only downside, though, is that having one can mean handing over your privacy and security to big businesses. If you’re worried about your data falling into the wrong hands, then don’t hesitate to get in touch with our expert cyber partners at Cyber Security Associates for help and advice.

To find out how best to keep your business and your home safe, check out the cyber security solutions from Cyber Security Associates.