The Security Risks of Smart Speakers 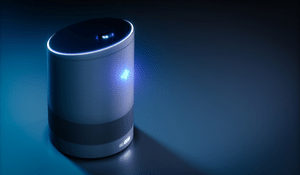 END_OF_DOCUMENT_TOKEN_TO_BE_REPLACED

512K Day; the day the global Internet broke under its own weight.

Why 512K? 512K (or to be exact 524,288 or 2-to-the-19th power), is the maximum number of routes supported by the default TCAM configuration on certain aging hardware platforms. TCAM (Tertiary Content Addressable Memory) is where the routing tables are stored. On the 12th as the total number of routes passed 512K, the devices could not hold all of the necessary routes in memory and thus crashed.

END_OF_DOCUMENT_TOKEN_TO_BE_REPLACED

Time is almost upon us for the addressing system of the Internet to almost be completely used up. I believe I have been saying this for the last 5 years, but it looks like in the next 12-24 months people are going to be brought to a halt. Thankfully most ISP’s have got more than enough IP ranges to cover us for the foreseeable future, as well as ready to start with the new system in the guise of IPv6.

END_OF_DOCUMENT_TOKEN_TO_BE_REPLACED

The Internet of Things

Since its creation back in the 1960’s, the Internet has always been about enabling rapid communication between people. Yes, it was technology that enabled that communication, but people were the driving force behind it.

END_OF_DOCUMENT_TOKEN_TO_BE_REPLACED

We stand, not at the beginning of the information revolution but on the river bank moments before the banks burst and change the landscape forever. As our far more learned peers will tell us the future is like the Chaos theory; every development, every variation, every idea has the potential to change where the river bank breaks and what change it will bring with it. In this article I have selected some of the biggest topics in our virtual river - Big Data, IPv6 and The Internet of Things. These areas are intrinsically linked and are symbiotic to the increase in information. But this is not the problem in my eyes, the problem or the perfect storm is the hardware we use to handle and interpret data is no longer fit for purpose.